The “Buford/Drucker 1” will be a weekly nugget from Bob Buford or Peter Drucker that if taken seriously and applied…can go a long way in your life and work.

A little about Peter…

Peter Drucker is known as the “Father of Modern Management” and for good reason.  In his own words, when asked about his contribution to the study of management, Peter said this…

That I early on – almost sixty years ago – realized that MANAGEMENT has become the constitutive organ and function of the Society of Organizations;

That MANAGEMENT is not “Business Management” – though it first attained attention in business – but the governing organ of ALL institutions of Modern Society;

That I established the study of MANAGEMENT as a DISCIPLINE in its own right; and

That I focused this discipline on People and Power; on Values, Structure and Constitution; and ABOVE ALL ON RESPONSIBILITIES – that is focused the Discipline of Management on Management as a truly LIBERAL ART.

Peter F. Drucker – written in response to the question…what do you consider your most important contribution?

The “Drucker 1 Thought” will be a weekly nugget from Drucker that if taken seriously and applied…can go a long way in your life and work.

Derek’s first book, Millennials Calling, Helping the Largest Living Generation Find Their Place was published in 2019 and can be found on Amazon.com. 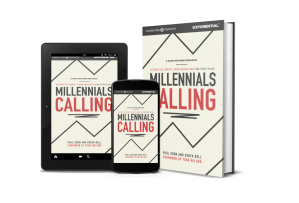